The full-set of Pito Mata resources including a story book, activity book, and DVD & CD Set.

The term 'Pito Mata' is taken from the proverb "Iti noa, he pito mata", which refers to a small uncooked portion of kūmara that was replanted to produce many more kūmara.  From this proverb, the term 'pito mata' is now used in some contexts to express the notion of 'potential'.  Pito Mata acknowledges the potential within 0-5 year olds, with a hope that that potential can be nutured, developed and allowed to be expressed freely.

He Iti te Kupu contains nearly 500 sayings that draw a comparison between something (often the natural world) and people, events... 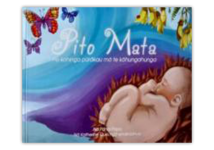 A Story Book of 10 Stories in Te Reo Māori to soothe and relax you and your child written by... 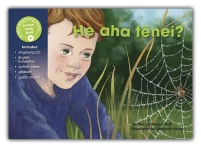 Children love bugs! And they love the illustrations of children holding insects in this book.

The te reo Māori translation of the international bestseller The Whale Rider.